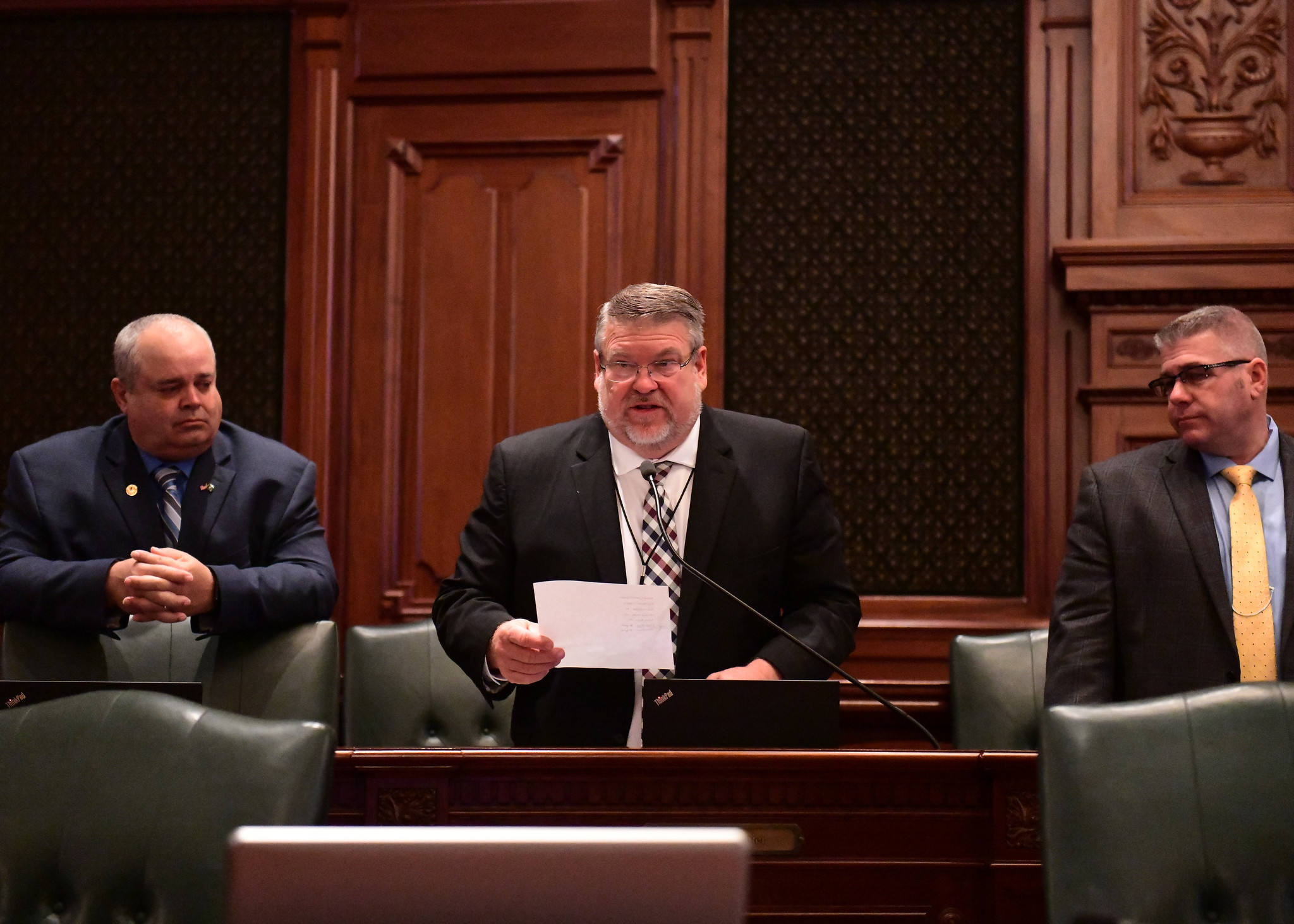 Oftentimes controversial bills receiving opposition in the Illinois legislature start as one bill number, then the bill changes, making it difficult for the public to keep track of legislation they care most about. State Representative Charlie Meier (R-Okawville) filed legislation to bring more transparency to the legislative process and fix this shell game by requiring the list of opposition and support for each bill to stick with the bill language – regardless if bill number changes.

According to State Representative Charlie Meier, “Every year there are bills filed in the legislature which receive thousands of witness slips from Illinois residents either in support or opposition to these bills. Then the bill changes and the thousands of people who filed their opposition or support are no longer mentioned when the bill is called for a vote. This creates a lot of confusion and frustration for the public and for us lawmakers that want to know who supports and opposes the legislation.”

The most recent examples of the witness slip shell game took place in October 2021 when the legislature approved two controversial bills which received 92,727 witness slips filed in opposition. Rep. Meier voted against these two bills, the first bill (HB 370) repealed the Parental Notification of Abortion Act when a minor receives an abortion, and the second bill (SB 1169) changed the Health Care Right of Conscience Act which removed an individual’s right to cite religious objection or other conscientious objection to receiving the COVID-19 vaccine or testing.

Rep. Meier added, “Requiring the entire list of supporters and opponents of the original bill to be included with the final bill voted on by the House and Senate is common sense. It will make it easier for the public to track legislation important to them and it will bring more transparency to the legislative process.”

House Bill 4762 sponsored by Rep. Meier will require all witness slips filed in the House and Senate concerning legislation during the committee hearing process to remain with the legislation for which it was filed or amended.

Meier’s legislation filed on Monday awaits consideration by the Rules Committee before being assigned to the appropriate committee for adoption.