Meier: Emergency Session Ends with Pay Raise for Lawmakers, Unbalanced Budget and No Plan to Reopen 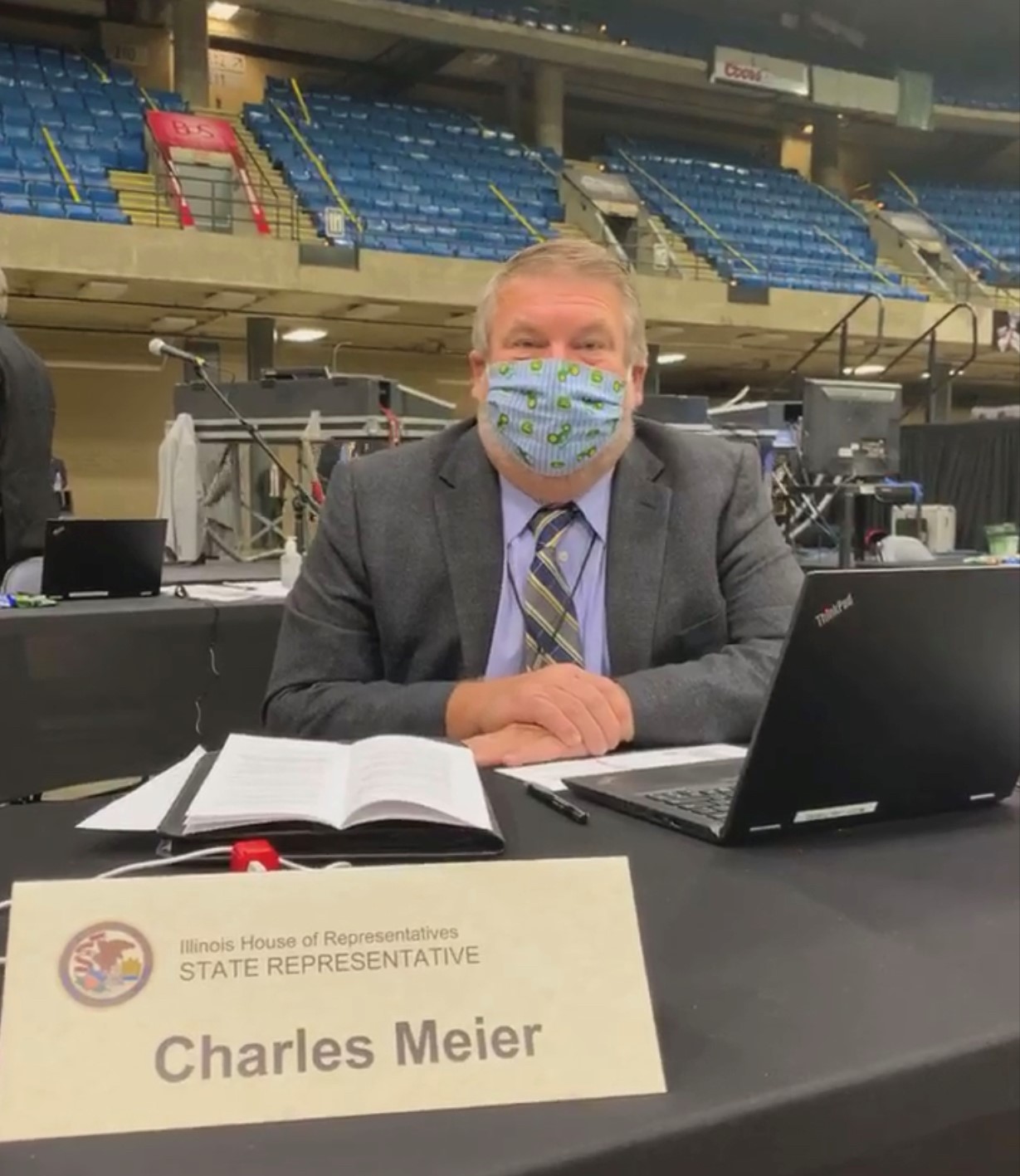 State Representative Charlie Meier (R-Okawville) was disappointed with the Illinois General Assembly’s action following the emergency session which ended after midnight on May 24th in Springfield. The legislative session ended with lawmakers receiving a pay raise, a budget which spent billions the state doesn’t have and they skipped town without a vote to safely reopen Illinois earlier than Governor Pritzker’s ‘Restore Illinois’ plan.

“With less revenue for state government and record unemployment, it makes zero sense for the legislature to give themselves a pay raise and spend money the state doesn’t have,” said Rep. Meier. “I voted against the state budget because it makes promises the state can’t afford to keep. With billions in debt and less revenue for the state, now more than ever must our state government tighten its belt and stop digging ourselves deeper into debt.”

The State of Illinois owes more than $7.4 billion in unpaid bills, with 74,064 invoices waiting to be paid. Illinois’ estimated revenue for Fiscal Year 2021 which begins July 1, 2020, and ends July 1, 2021 is $36.8 billion. Yet, the Democrat-controlled legislature approved a $42.8 billion budget which included borrowing $5 billion. The legislature anticipates Governor Pritzker will sign the budget very soon.

Representative Meier shared his disappointment with the legislature for not considering two bills he filed during the emergency session. HB 5777 to eliminate annual pay raises for lawmakers and HB 5791 to delay income and tax filings until 90 days after the Governor’s ‘Stay at Home’ order is lifted.

“For over two months thousands have been unemployed, restaurants and bars have been closed to in-person dining, many small retail stores have been closed, including barbers, salons, and many more small businesses,” said Rep. Meier. “When people return to work and small businesses reopen they will need all the cash possible to pay their bills open which is why I support delaying their income tax payment for 90 days after reopening. I don’t want employees returning to work and small businesses to worry about paying their taxes until they are back on their feet.”

“With record unemployment and less revenue for the state, it makes no sense for the legislature to give themselves a pay raise,” said Rep. Meier. “I donated last year’s raise to five nonprofits serving southern Illinois and I will do the same this year by donating $1,800 to local nonprofits.”

Representative Meier closed by saying, “this emergency session sent Illinois government to the emergency room and on life support that much faster than anticipated and I’m not seeing real help here. The budget gives Governor Pritzker discretionary spending over fifteen percent of the budget so he can threaten groups into supporting his progressive income tax this fall.”