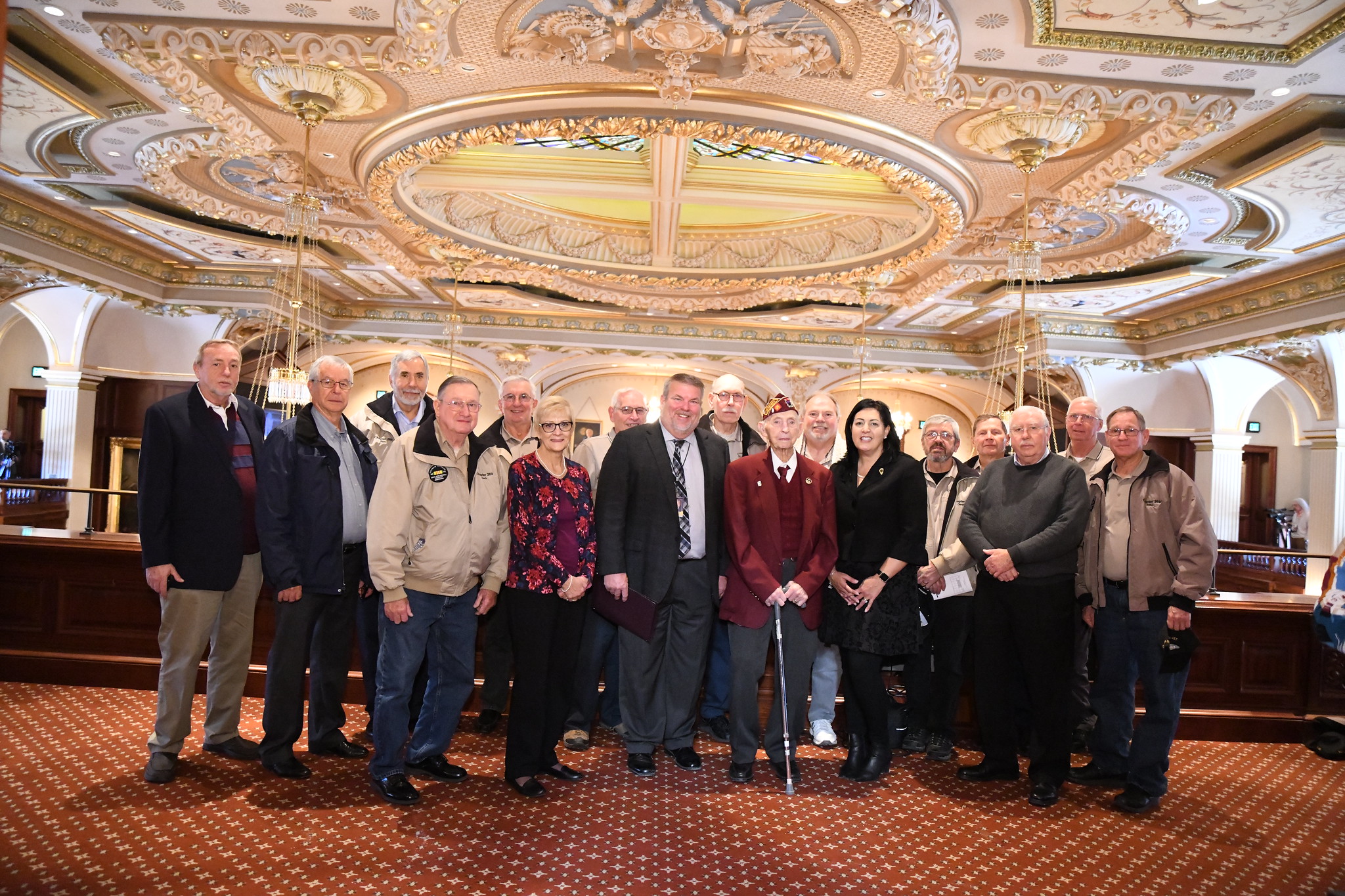 “Without our Veterans, our freedom wouldn’t be what it is today,” said Rep. Meier. “It doesn’t matter what is going on, Vince Rolves is always there to help his community. It was a privilege and honor to recognize Vince at the Illinois capitol. The sacrifice he made to protect and serve our country is something we must never forget.”

In honor of Vince Rolves, The House of Representatives adopted House Resolution 569 sponsored by Rep. Meier during Rolves visit to the state capitol.

The resolution goes on to say, “Wilbert Vincent “Vince” Rolves, born to Frank and Anna (Smith) Rolves on February 23, 1924 in Albers and recently of Carlyle, is a United States Army veteran and Illinois native who has dedicated his life to the service of Illinoisans, first abroad, within the North African region of the European Theater of World War II, and then throughout Southern Illinois.

Vince Rolves enlisted in the 45th Infantry Division of the United States Army during World War II before returning to Illinois, opening a trucking business, and later transitioning to a position that he held for 30 years as a government employee within Scott Air Force Base.

Soon after he deployed across the Atlantic while serving as a ground trooper or “Ground Pounder”, Vince Rolves was appointed as a sergeant. His decorated military career is marked by a passionate perseverance through dire circumstances. In December of 1943, only half a year after he was deployed, he was shot and wounded in Italy as his unit was captured by German forces. For 18 months, he endured the harsh East Prussian environment as an American prisoner of war within the European Theater of World War II.

Vince Rolves was forced to work hard labor within a prison camp and was under threat of death and subjected to a bitter and icy environment and extreme malnutrition; he was honored for his sacrifices with a Silver Star, a Bronze Star, a Purple Heart, and a Prisoner of War Medal.

Upon returning to Southern Illinois from Europe, Vince married his late wife, Loretta Thouvenin, on October 24, 1946 and has since bestowed upon the region a lasting impression. He has established an organization for former POWs in the area, and he has shared his experiences with local students in the hope of offering to such individuals an appreciation for the services and sacrifices of American servicemen and servicewomen.

Therefore, be it resolved by the House of Representatives of the One Hundred First General Assembly of the State of Illinois, that we commend, honor, and thank Wilbert Vincent “Vince” Rolves for his passionate and dedicated service to Illinois and his exemplary leadership during the Second World War and as a private citizen within the State of Illinois.”