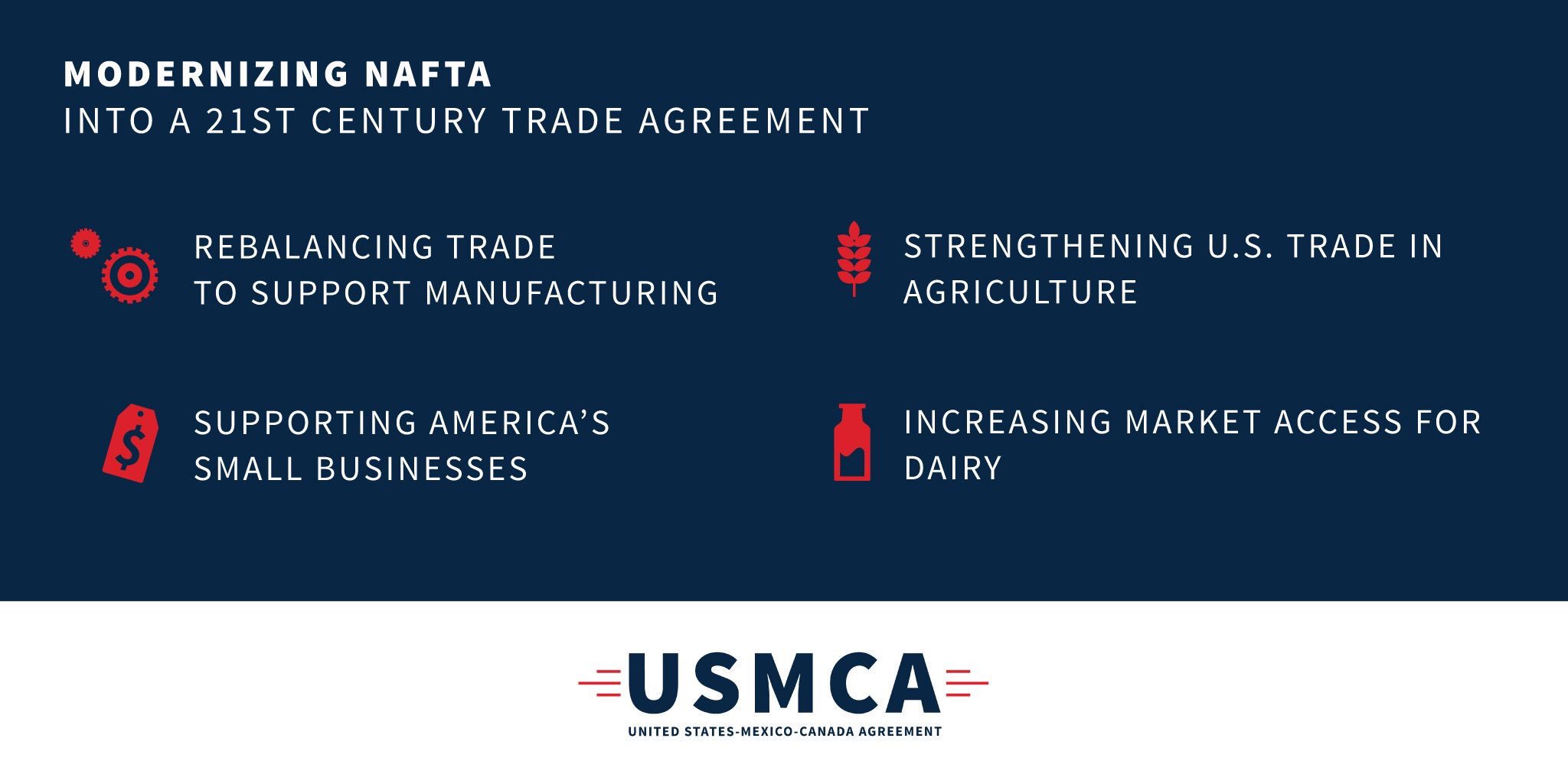 “I urge Congress to pass the USMCA now in order to keep not only our state, but our nation competitive throughout the world,” said Rep. Meier. “The new USMCA represents a beneficial update to the three nations’ already strong trade relationship and will positively impact the State of Illinois. We need all the help we can get to stay competitive, this agreement is win for Illinois and a win for America.”

Rep. Meier added, “One-third of Illinois manufacturers’ export products to Canada and Mexico, and 69,400 manufacturing jobs rely on trade to these two countries. The USMCA will certainly boost the manufacturing base in our state. It’s time for Congress to stop stalling and pass the USCMA now.”