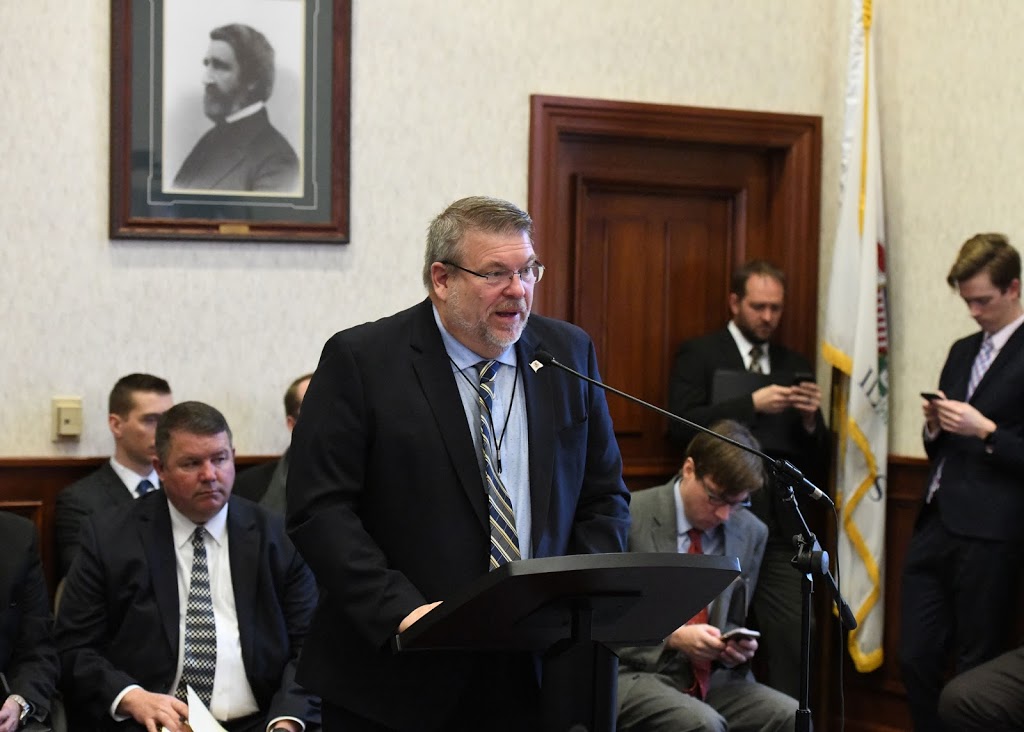 State Representative Charlie Meier (R-Okawville) recently passed a bill out of committee to remove an additional twenty dollar license plate fee imposed on Illinois residents seeking a U.S. Air Force license plate. Rep. Meier’s bill received unanimous support from the House Transportation Vehicles & Safety Committee on Wednesday, March 6.
Rep. Meier sponsored House Bill 2050 at the request of his constituent Bill Halcomb, a retired Air Force Veteran concerned with the fact the extra fee collected is no longer being utilized for its intended purpose.
“I was happy to pass a bill to eliminate the redundant fee placed on supporters of the U.S. Air Force,” said Rep. Meier. “This would not have happened without the help from my constituent Bill Halcomb. I want to thank Mr. Halcomb for making me aware of the unnecessary fee, with his help we are one step closer to eliminating this extra fee placed on individuals purchasing or renewing license plates in support of the U.S. Air Force.”