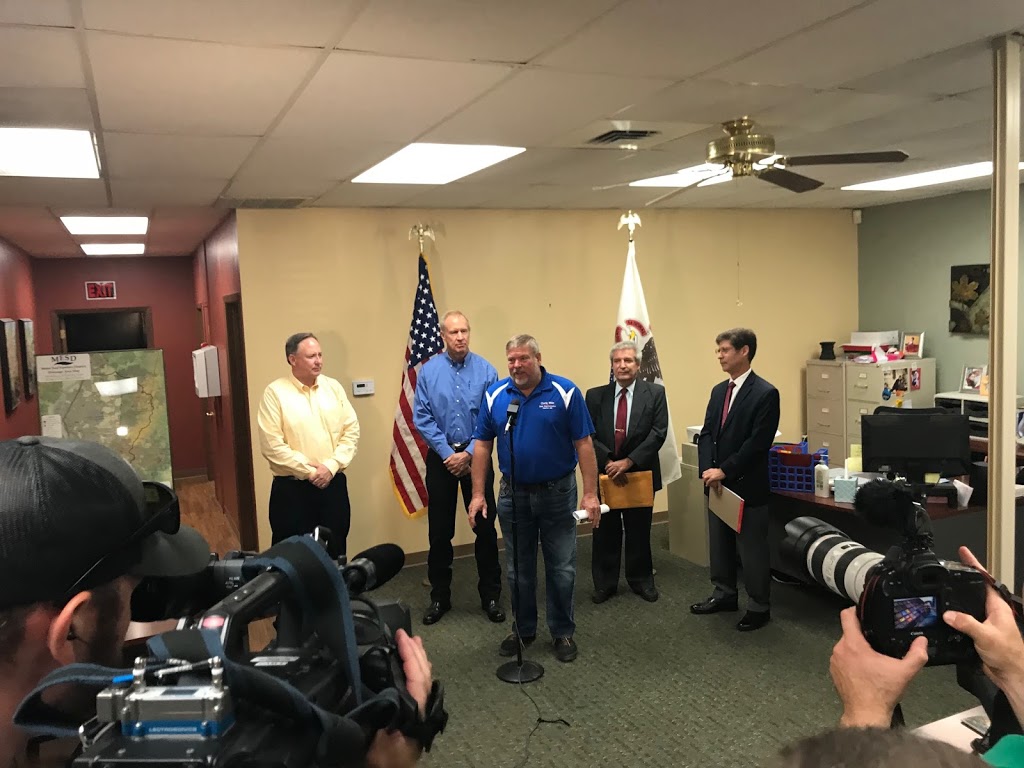 Gov. Bruce Rauner today vetoed Senate Bill 2368, saying it was a politically motivated attempt to undercut the good work of the Metro East Sanitary District (MESD) Board of Commissioners.

The sanitary district provides flood protection and sewer services within numerous communities near the Mississippi River in Madison and St. Clair counties. The bill, passed by both Houses in May, would in effect replace a current Madison County-based commissioner with the mayor of Granite City and oust the sanitary district’s executive director.

“This bill would be detrimental to Metro East taxpayers, which is why I voted against it in the House,” Meier said. “Today, MESD is operating at a surplus and now can afford to make repairs due to the fact that new leadership took over in 2017.”

Rauner called the measure a state intrusion on local government business with no evidence that the change would benefit MESD taxpayers. 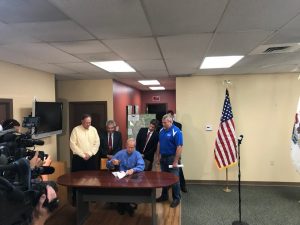 “As currently comprised, the district is being effectively managed and has made great strides toward financial stability that will allow it to better address the needs of those it serves going forward,” Rauner wrote in his veto message. “This change to state law is both unnecessary and inappropriate as a politically motivated maneuver that will undercut the good work of the Board of Commissioners.”

In fact, the district cut two dozen jobs and ran a surplus budget in 2017 for the first time since 2007.

The bill would shift one seat on the five-member MESD board from being an appointee of the county with the highest equalized assessed valuation to the mayor of the city with the highest equalized assessed valuation, presently Granite City. It also would require that the executive director reside within the district. The current executive director, Stephen Adler, resides north of the district in Godfrey. 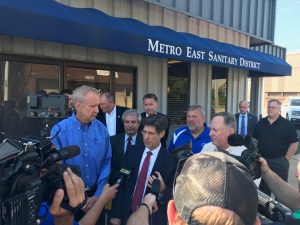 “This piece of state legislation appears to be geared toward manipulating the balance of power on a local government board, and would grant undue influence to a single municipality over decisions that affect a much broader population,” Rauner said. “I’m vetoing it in full, and I urge members of the General Assembly to uphold my veto.”

“This veto is a prime example of the work we need to continue to do to break down the cycle of patronage hiring practices in Illinois,” said Sen. Paul Schimpf, R-Waterloo. “I commend Gov. Rauner for putting our taxpayers first.”