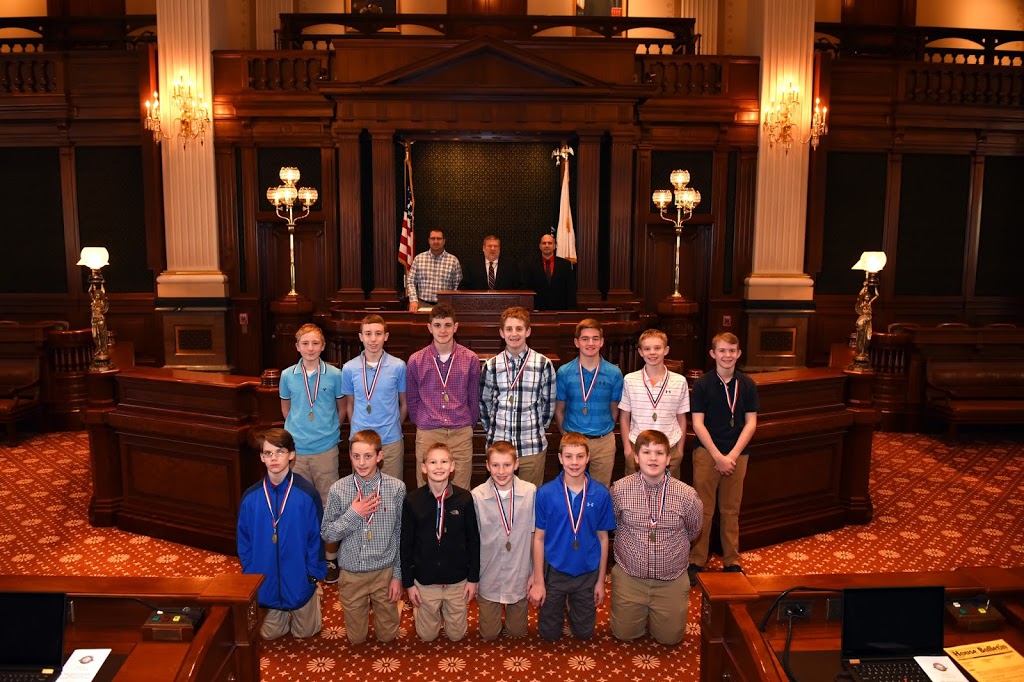 State Representative Charlie Meier (R-Okawville) honored the Bartelso Elementary School varsity boys basketball team on Tuesday, February 27th at the Illinois Capitol. The boy’s basketball team appeared before the House of Representatives and were recognized for winning the 2018 Southern Illinois Junior High School Athletic Association (SIJHSAA) Class S State Championship. Rep. Meier introduced House Resolution 856 to recognize the accomplishments made by the Bartelso Braves and congratulated them on their victory during House Session and the Resolution was unanimously adopted by the House of Representatives.

“I was proud to welcome the Bartelso boys basketball team at the Capitol,” said Rep. Meier. “When I found out they won the state championship, I wanted to meet this historic team and congratulate them. The Bartelso boys accomplishments this season is something they should cherish forever. A perfect season doesn’t happen too often, that is something very special. I enjoyed having the team visit the state capitol and to take the time to meet with me, I wish them success in their future.”

The Braves defeated Carrier Mills by a score of 57-46 at the championship game at Rend Lake College on February 10, 2018, finishing the season with a perfect record of 32-0. They are the only boys basketball team in the history of Bartelso Elementary School to go undefeated, and they are the first boys basketball team from Bartelso to place in the State Championship Tournament.
The Braves are coached by Head Coach Tim Moore and Assistant Coaches Troy Loepker and Luke Winkeler. The eighth grade members of the Braves are Dalton Boruff, Trey Gerdes, Logan Kluemke, Jace Loepker, Brady Moore, Jacob Patton, Hayden Theobald, and Caleb Voss; the seventh grade members of the Braves are Connor Becker, Bryce Behrman, Connor Loepker, Hayden Rickhoff, and Jack Shelton.