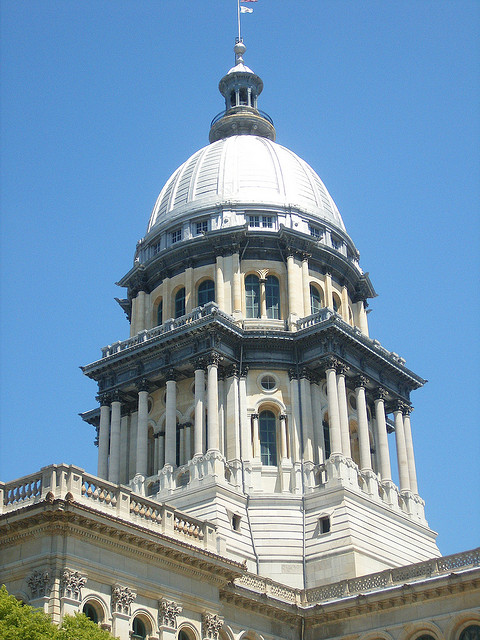 Illinois State Representative Charlie Meier (R-Okawville) filed legislation on Wednesday to repeal the recent 32 percent income tax hike. The current income tax rate in Illinois is 4.95 percent and 7 percent for employers. Rep. Meier’s bill would roll back the income tax to 3.75% on taxable income and 5.25% for employers. Meier’s legislation would reduce the tax burden placed on individuals and families while saving thousands of Illinois jobs.

According to United Van Lines’ 41st Annual National Movers Study released on January 2nd, in 2017, more residents moved out of Illinois than any other state with 63 percent of moves being outbound.

“Our state continues to lose population because of higher taxes and fewer jobs,” said Rep. Meier. “We need more jobs and less taxes in our state which is why I filed a bill to reduce taxes on individuals and businesses. I voted against the final bill which forced the recent 32 percent income tax hike onto Illinois taxpayers. The state must learn to live with less instead of reaching into the pocketbooks of working families and small businesses.”

The last time Illinois had a similar tax hike, Illinois lost 183,026 jobs. In fact, according to a study by the Illinois Policy Institute, Illinois ranked dead last in the Midwest and 39th nationally in job creation as a result of the tax hike that was in effect from January 2011-March 2014.

Rep. Meier added, “The last time Illinois had a tax hike we lost thousands of jobs, affecting thousands of families. We can’t afford to lose more jobs in southern Illinois. If history repeats itself, then we will continue to lose jobs and residents. We must repeal the tax hike, a repeal will force the legislature to find ways to reduce wasteful spending and implement legislation to grow our economy and create jobs. As the tax hike has proven, more taxes lead to record job and population loss, which hurts individuals and families.”