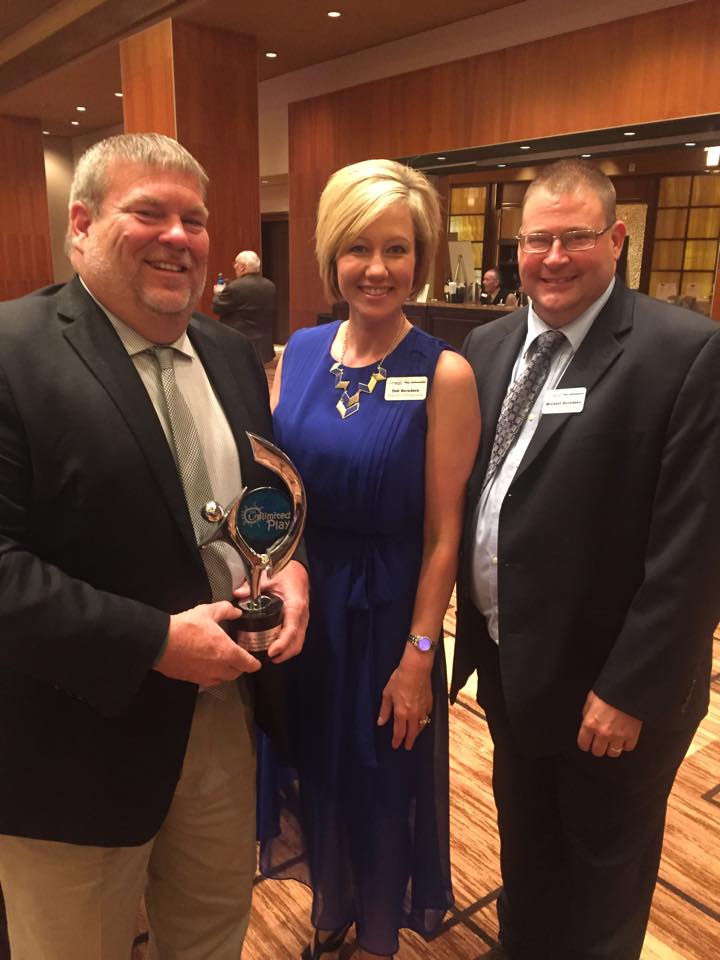 Rep. Meier was honored this weekend with the Play Maker Award from Unlimited Play for his help in passing legislation to make handicapped playgrounds more of a priority. This was brought to his attention by Mike and Debbie Berndsen, who’s daughter Hannah was handicapped. They felt like every time they tried to raise money from grants they were treated as just another playground. The fact is much more goes into a handicapped accessible playground. Hannah’s playground committee made it happen in Breese, IL, but hopefully it will be easier for the next group.