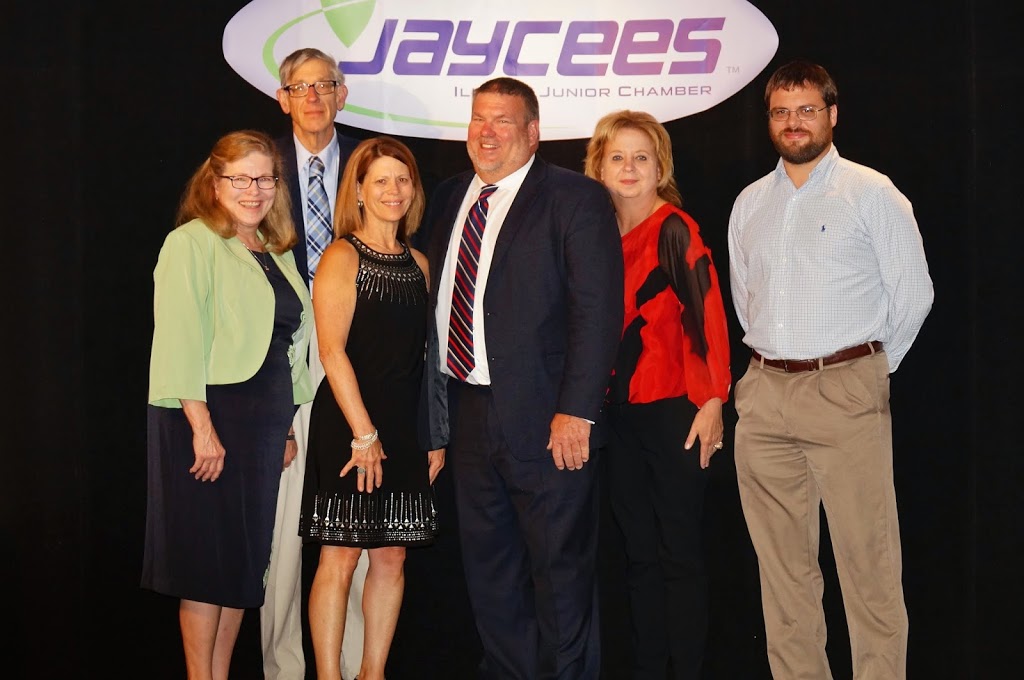 “The Jaycees taught me leadership. Jaycees taught me how to conduct a meeting, the importance of volunteerism in the community, and gave me the training I needed that helped me move forward and become a State Representative.”

Charlie Meier joined the Addieville Jaycees in 1979. He served as local president in 1982, district director in 1983 and 1987 and was recognized both times as the outstanding district director, region director in 1982 and served on the State Jaycees board twice. In 1988 Charlie was recognized as one of the Ten Outstanding Young People in Illinois. For all his Jaycee efforts he was awarded a Senatorship and he served on the Senate Board in 2009. In 1991 he was inducted into the Illinois Jaycees recruiter Hall of Fame. Rep. Meier was inducted to the Jaycee Hall of Fame for his decades of volunteerism and public service.

Charlie’s volunteerism began in high school, Charlie was instrumental in restarting the local AG and FFA program at Okawville High School from which he graduated in in 1977. He is a life member of St. Peters U.C.C. and has served on numerous church committees as well as teaching Sunday School. Meier began his public service on the Washington County Board having served on the Legislative, Sherriff, Highway, and Assessment and Animal Control committees. Including Meier’s service on the Southwestern Illinois RC and D, and his service as vice-chairman of the of B.C.M.W. serving Bond, Clinton, Marion, and Washington Counties. In addition, Meier never gave up fighting to Save Murray Center in Centralia, as it stands Murray Center will remain open.